We are rapidly approaching the finale of RuPaul’s Drag Race season 8!

I am both excited and sad that in a few weeks there is going to be a new Drag Race Super Star. I mean this season has been so amazing I just don’t want it to end. I have loved every single queen this season and so to have it come down to this top 4 is crazy.
I just love them all so much that I don’t know who will win. And I don’t know who will go home to make it top 3. It’s a close competition this season and so it’ll be a great finish.
But until we know the winner, I thought I would give you my thoughts on the top 4. And also maybe talk about some queens I am sad to have seen go. So without further ado: our top 4! 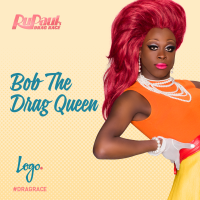 Bob the Drag Queen
Who doesn’t love Bob? I mean I’ll admit sometimes she can be a bit too loud but she’s pretty great. I agree with Michelle that she can’t do full on glam but other than that she’s a solid queen. I don’t think I really have a bad thing to say about her. I can now fully see why Bianca del Rio loves her. And I still live every time she walks into the room purse first. Can we please have the purse be an accessory in future seasons to come? 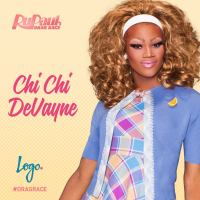 Chi Chi DeVayne
Sassy, Southern gal. Did not think much of her at first. But she has definitely proved that she is more than just a cheap queen. I loved her puppet portrayal of Bob. It reminded me a lot of when Ben de la Creme did Bianca del Rio in season 6. And I’m not saying that’s a bad thing. Still, there’s still something about her that isn’t standing out to me. I don’t know what. I think I’m too focused on Bob and Kim Chi to really care about the other top 4. So I guess you could say I’m a little biased…is that bad? 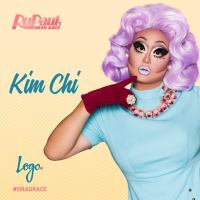 Kim Chi
I can’t hate anything about Kim Chi. Not a thing. She’s so wonderful. I mean yeah, the runway walk and the dancing aren’t great but she can do everything else. I loved Kim Chi’s book ball story/runways so much. I just love everything about her. So to me Kim Chi can do no wrong. And her friendship with Naomi is super cute. Vote for Kim Chi! 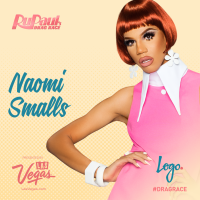 Naomi Smalls
Definitely someone I underestimated and didn’t really like. At first I thought she was just relying on body but she is so much more than that. I think the main reason I don’t like her is that she can be really catty – especially with Derrick in the last episode but at the same time she did redeem herself. So I’m not really sure where I stand with Naomi. All I know is, is that she definitely more than the model type I thought she was going to be.

And those would be our top 4 girls! Clearly I am leaning more towards Kim Chi and Bob the Drag Queen as my favourites but who will actually win, I have no idea. I just know I don’t want this season to end. It feels like it’s been going way too quickly.
Now moving on to some queens that I was sad to see leave the show: 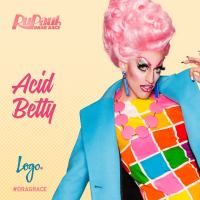 Acid Betty
So if you follow me on Twitter, then you know I had a lot of love for Acid Betty. I loved her runway looks and her personality so much. I just didn’t want her to go. Sadly, her Snatch Game really was flat and I was surprised that was the case. She doesn’t strike me as the type of queen to flake on her impersonations. So I do understand why she had to leave, but that doesn’t mean I was happy about it. 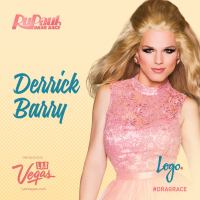 Derrick Barry
Okay so I’m maybe not that upset Derrick is gone. I mean it was between her and Bob and so…Derrick was right to go home. I’m surprised she lasted as long as she did though. I mean she tried so hard to break out of her Britney impersonation. But she was still Britney. Although I did like that she always stood up for herself. And I also give her credit for at least trying to do her eyebrows differently, because that’s not an easy thing to do. It’s hard enough to fill in your eyebrows without overdrawing them nevermind paint ones on from scratch… 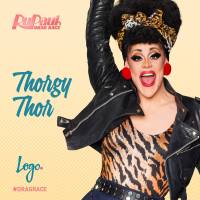 Thorgy Thor
I really loved Thorgy. She was so fun. I mean I wish she had at least won a challenge before she left. It wasn’t as if she was horrible at everything. Until the challenge where she got eliminated of course. I just feel like she had so much more potential. I don’t know. There’s just something about her that made me want to see more of her so I was sad to see her leave. But at the same time it’s understandable why she was eliminated. She was a bit too scatterbrained I think. Still, I look forward to seeing her in the reunion.

And so this brings me to the end of my second post about RuPaul’s Drag Race season 8! Like I said, I loved all the queens this season, some more than others but I am super excited to see what the finale holds in store for us.
Will I make another blog post when the winner is revealed? I don’t know. I think it depends on how I feel about it. Either way I will definitely tweet about it so if you want to know my thoughts on the finale then follow me on Twitter.
In the mean time, feel free to check out my last blog post on Drag Race, sharing my first impressions on the season 8 queens. We have definitely come a long way from when these girls first walked into the work room.
Who do you think will be America’s Next Drag Super Star? Let me know in the comments below!
~ Courtney x