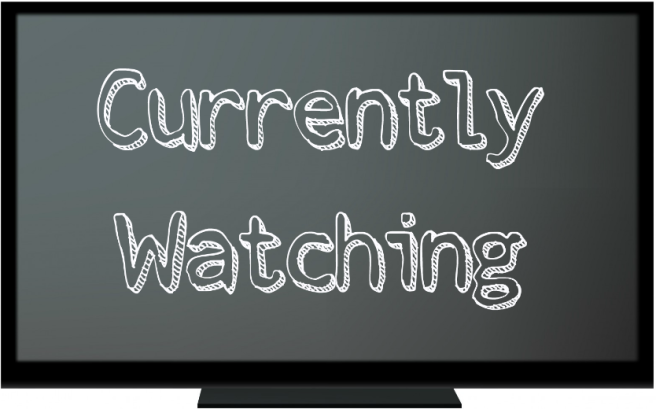 This blog post is coming a lot later than intended, it’s something I have been meaning to do for ages but I’ve just been super busy with uni work. Which is going to be my main focus for the next few months but in between class and assignments, I like to take a break and watch some TV. So here are all the things I have been watching in October!

We are starting off with Gilmore Girls once more. I didn’t really watch a lot of the show last month, but this month I have had it on basically non-stop. It’s such a good show for autumn, an easy watch and just one of those shows you wanna curl up in bed and watch all day. So that’s basically what I’ve been doing.

This month, I have also been watching a lot of Chopped. It’s really random but the only cooking competition I like to watch. Don’t even know how I got hooked on this show, I think it was on randomly on Food Network one day…so I watched and now every so often I go through periods where I watch it non-stop. And I guess October is one of those periods. I probably won’t watch it again for months now haha.

The new season of Riverdale has officially started and I am not sure how to feel about it. I feel like I have to continue watching this show because I’ve watched the first two seasons and feel like I’m invested. Even though the storylines are crazy and I don’t even really like the mystery that much. I mean, this whole cult thing they’re trying to do is cute but I’m not excited about it.

I think I just need to take a break from watching teen mystery shows, Pretty Little Liars disappointed me greatly and now I feel like any other show with the same vibe will do the same. But like I said, I’ve started watching it now, so I want to see it through until the end. Plus, KJ Apa is real cute.

The new season of Dynasty has also started and unlike with Riverdale, I’m actually super excited about this show. I love it so much, and Elizabeth Gillies is bae. I’m a little mad that they killed off one of the main characters but with what happened at the end of the first season, there was no way that everyone was going to survive unscathed.

There have only been a few episodes so far, but I’m always eagerly waiting for the next one. 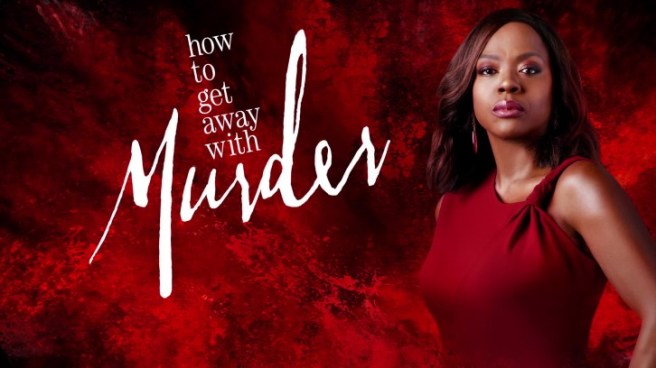 The last show that I am watching this month, and actually, the one I just got caught up on yesterday is How To Get Away With Murder. I started watching this one last year on Netflix and was hooked ever since.

The beginning episodes of every season of HTGAWM always draw me in straight away. They always have the same format of showing you flashes of the night of a murder and then showing you the events that lead up to that point. And I fall into the trap of obsessing over it every time. It’s so good.

Unlike other mystery shows that I watch, this one has a proper timeline and makes more sense than most! That being said I feel like last season got a bit far-fetched. Which is saying something because it is already a crazy far-fetched show. But I suppose they have to keep pushing the bar to get people to keep watching. But I’m all for it if it means more Annalise Keating.

And so those are all the shows that I am watching this month! I imagine in the next few months the shows I watch won’t change very much now I have shows that are still airing regularly, but you never know. I gotta find something to watch when my shows go on Christmas hiatus. So, I’ll keep you posted. And if you have any suggestions for shows then let me know!

It’s that time of year again.

I have officially started my final year of university and I can already tell it’s going to be a busy one.

It’s only been a couple of weeks but I already feel like I am so behind on notes and extra reading, not to mention looming deadlines for assignments and starting my final year project.

As with the past years when starting uni, I guess it’s about taking it one day at a time. But also, working on your time management right out of the gate.

I always seem to struggle a little bit with time management during the year, mainly because when it comes to making plans and having a social life, these things always seem to happen last minute. Which means that studying sometimes takes a backseat so I can see my friends.

It’s not the end of the world to take a break from studying to see your friends but it’s making sure that you still keep up with the workload even when you slack off a little.

Again, something I am still working on but I think I’ll get the hang of it.

Sometimes it’s about sacrifice, and I can already see myself sacrificing a lot of things to make sure I do my best this year at university.

But it’s not all bad.

I get to spend time with my uni friends again which is nice after not seeing them for a year while we were out on placement. We aren’t the best at keeping in touch but I hope we do after we graduate.

I’m kept busy. Which I enjoy. Even though I complain about the work, it’s not the worst thing in the world. I like to be kept busy and have things to do instead of sitting around all day feeling useless.

I’ve started demonstrating which is something I’m enjoying because it helps me learn and also means I am helping others.

And obviously, the main thing is that I’m getting closer and closer to graduating. Which means that all the hard work will be worth it in the end to get the degree.

So while this year will be hard and stressful, I’m trying to remain optimistic about it. I know I’ll make it out the other side. It’ll just take a long time and commitment. But I’ve made it 3/4s of the way through so I’m sure I can tackle this last 1/4.

I just hope I can keep up blogging, YouTube and other hobbies in between!

One night at TGI’s my friends and I were having dinner and we decided to surprise our friend Jasmine for her birthday. She goes to university in England, and we haven’t been able to spend much time with her since she’s started her course. So we thought it would be great to all go over for her birthday, especially because it was around the start of the new university semester so we weren’t very busy.

However, my friends and I had only decided to do this a couple of weeks before her birthday, which meant we were going to have to work hard to pull it off. Luckily, things came together for us quite quickly, which is a miracle because we are the type of people who can’t make decisions on things to save our lives. But within a couple of days we had flights, buses/trains booked, an air bnb and Jasmine’s boyfriend’s sister on board to help us with the surprise from Jasmine’s end. We wanted to tell Chris, Jasmine’s boyfriend, but we knew he couldn’t keep a secret, so his sister was the safer bet.

In the end though, Chris kind of caught onto something, which was lucky he knew because on the day we all arrived in Chelmsford, Chris and Jasmine were in town and Megan was coming out of the train station…Our cover was almost blown! Luckily, Jasmine didn’t see her, but Chris did. If he didn’t know there was something going on he probably would have told Jasmine and again, all our planning would have gone down the drain.

But we were saved by Chris, and so we were able to get to our air bnb and set up and Jasmine ended up being surprised!

It was a super fun weekend and I was so excited to vlog it because I knew it was going to be one of those things I wanted to document and keep forever. So if you wanna see what we got up to then check out the video above!

Overall, it was a really great experience and it also showed me what my friends and I can do when we actually make decisions and get organised – that being said, I don’t see us doing anything like this again for a long, long time lol