Another makeup look using the ColourPop x Animal Crossing makeup collection. This one was a lot more neutral and is cute for everyday. Again I had a lot of fun with the makeup, though blush is still quite scary to me lol.

The first time I’ve done makeup this year and the first time in years I’ve used fake eyelashes. Since we are still not leaving the house, I have to document everytime I do makeup so someone sees it lol.

I had so much fun using this Animal Crossing x ColourPop makeup! It was great to play around with makeup again and feel glam, it makes a change from my usual pyjamas and hair up with no makeup look.

During lockdown I have been taking some time to play around with makeup! I mean what else are you going to do when you can’t leave the house? Naturally I had to take some photos because otherwise the makeup would have been totally wasted, but it has been fun to mess around and experiment!

So please enjoy some selfies below of the makeup looks that I have done in lockdown, they aren’t the most wild or artistic looks in the world but I still enjoyed doing them a lot!

All makeup looks were done using the Shane Dawson X Jeffree Star Conspiracy palette, I know that those two are not the most popular people on the internet right now but I bought the makeup and it needs to be used because it cost a lot of money and I don’t want it to go to waste!

Last weekend I decided to practice some makeup for the Seventeen in London concert in March and thought I would film it!

It was just a bit of fun and I enjoyed playing around with the makeup. So let me know what you think!

Here is a list of all the items I used:

I finally got my hands on the Shane Dawson x Jeffree Star collection and I had to share with you guys my first impressions and unboxing!

Sadly I can’t use it until Christmas but I am still obsessed with it and can’t wait to rock some Christmas looks with it! 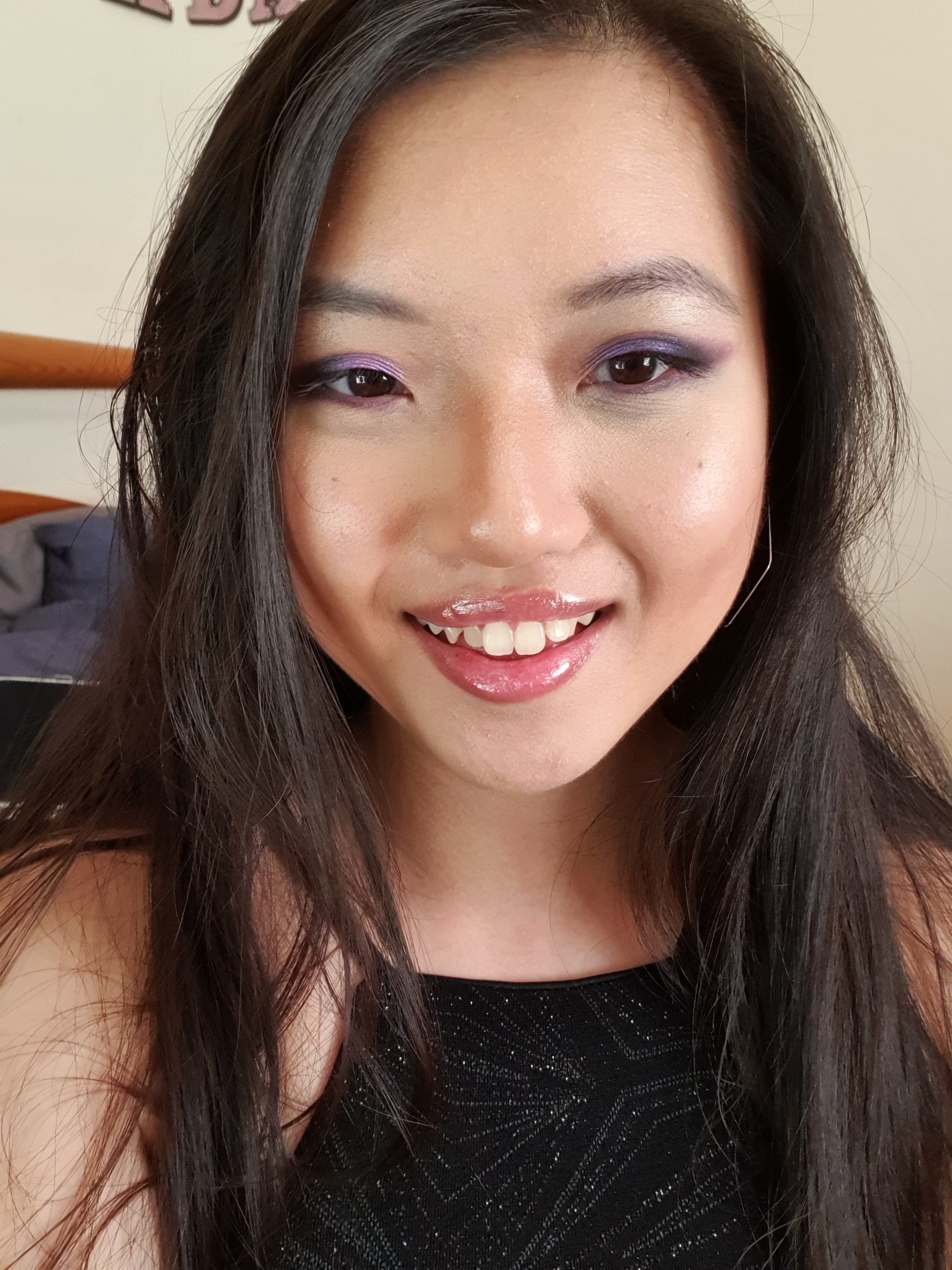 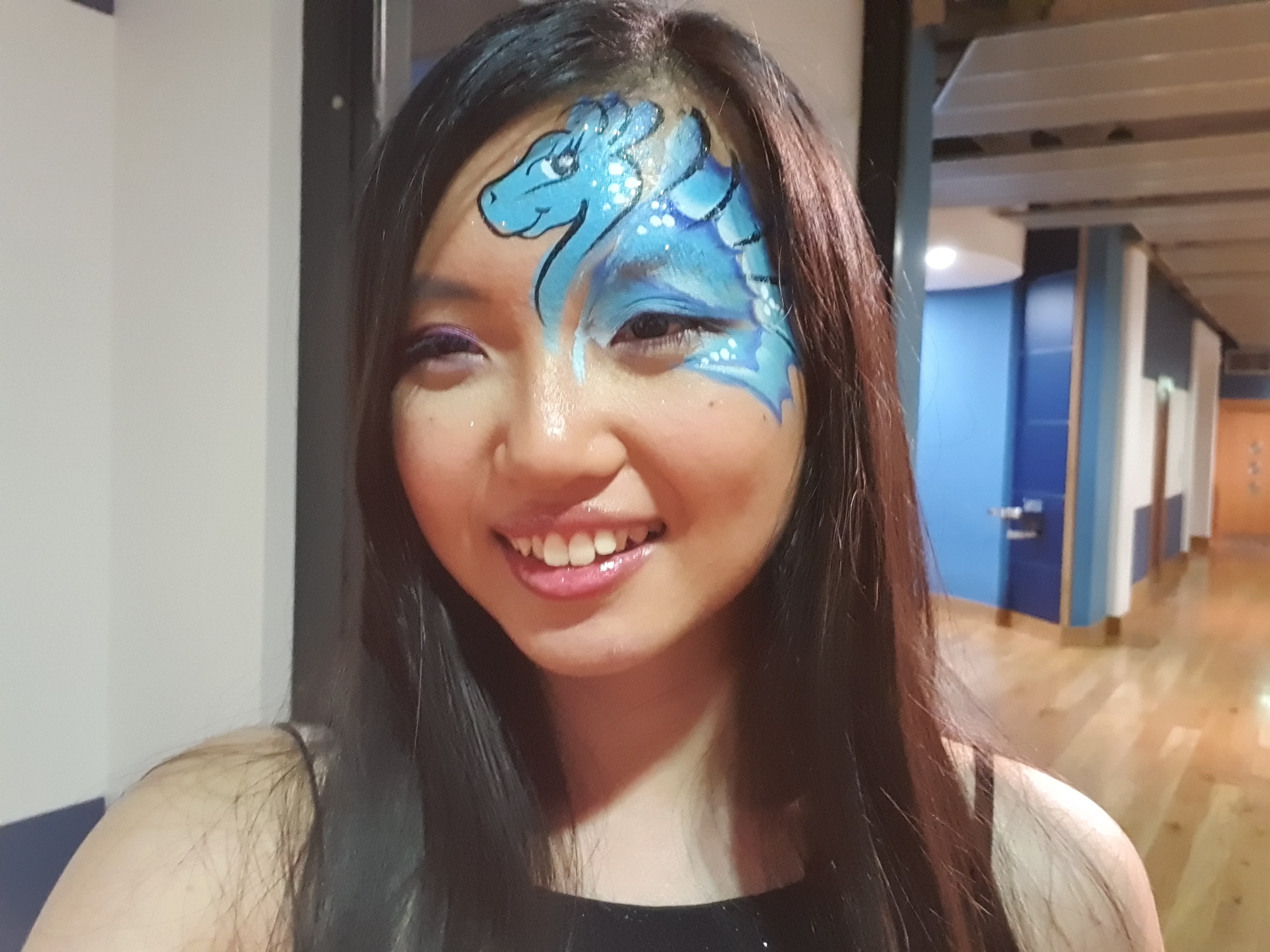 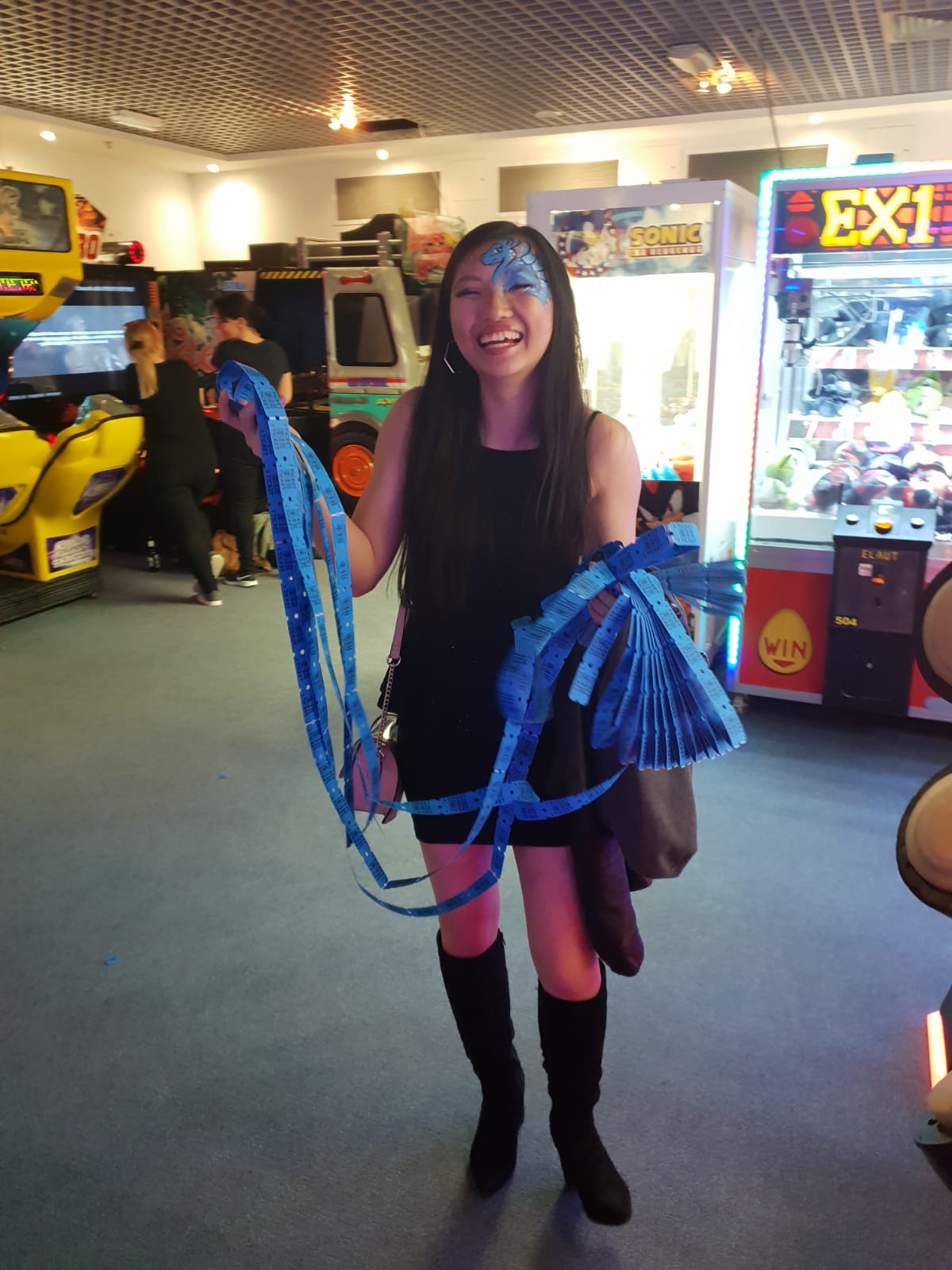 Some snaps from my 22nd birthday!

I mean from the looks of things you’d think I had turned 12 and not 22, what with the dragon face paint and the arcade tickets, but I had a great night!

Finally uploading my Get Ready with Me that I filmed when I was getting read to see Adore Delano! I have already made a blog post showing off this makeup look, but if you wanna see how I created it then check out this video!

I also spend time talking about RuPaul’s Drag Race, my experience with drag show VIP and other random things.

Today’s look is a cute dress with some boots. Pretty much the same as the last outfit I posted here but a different dress lol.

I was at a drag queen show today so wanted to look cute for my meet and greet.

I also really wanted a makeup look where I could rock pink lipstick so ended up going super feminine and pink, but I really love how the look turned out. 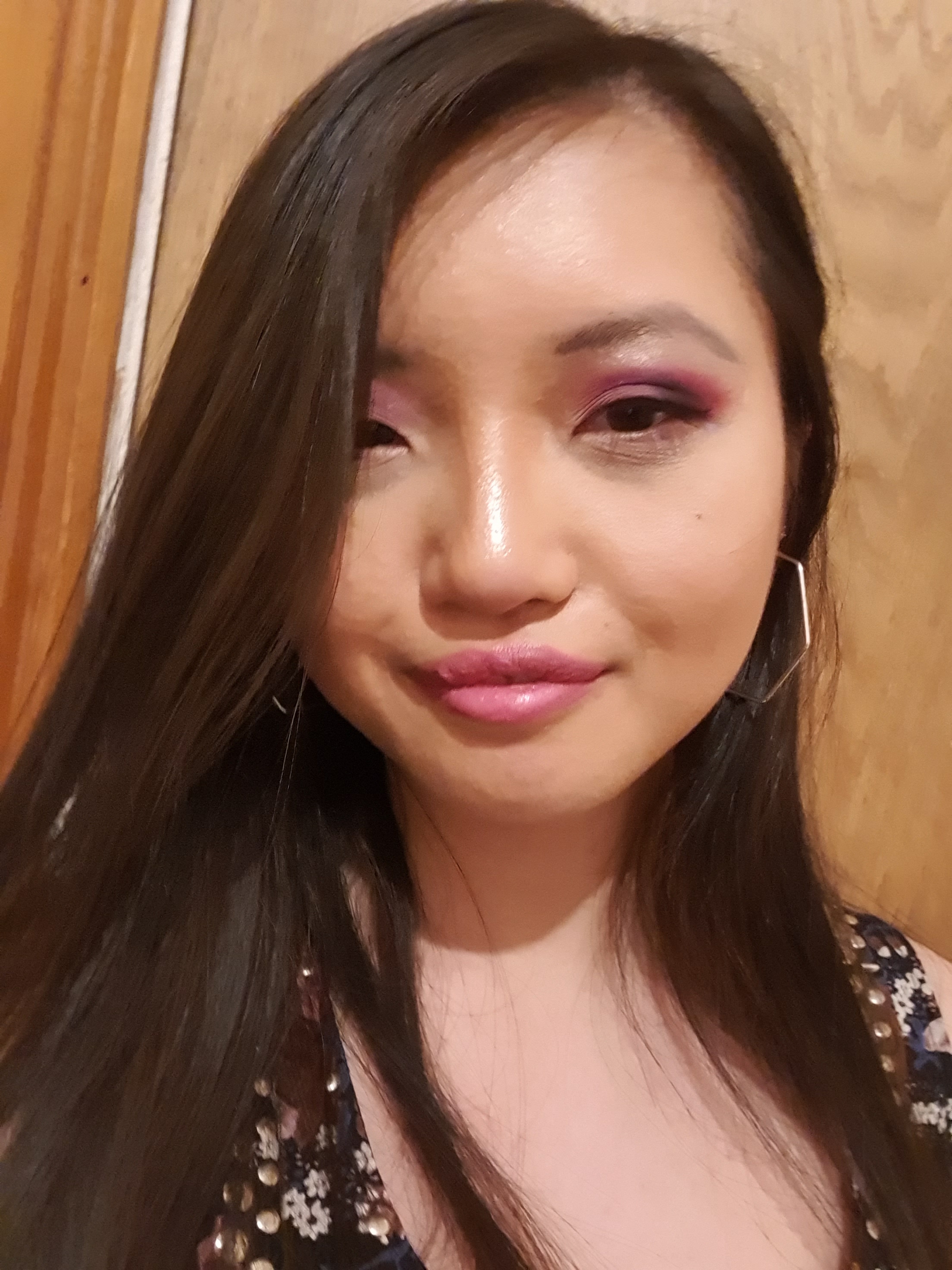 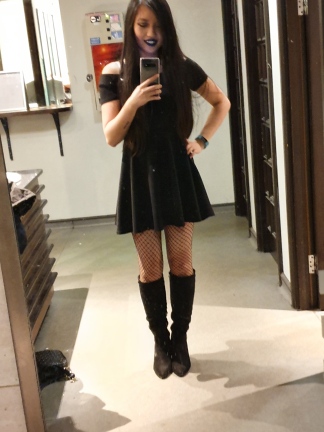 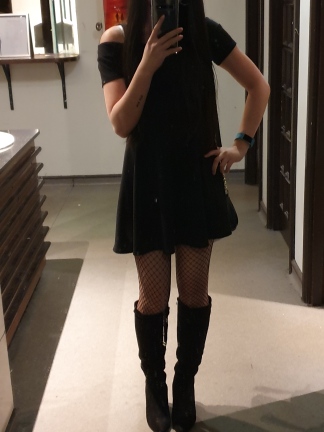 I went on a night out with my friends and it was decided that the dress code was knee-high boots. We were channeling Ariana Grande and living our best lives. I really loved my outfit so I thought I would share.

I also don’t own a full-length mirror so these are taken in a Wetherspoons’ toilets lol.

I’ve never owned a pair of boots before but I’ve always wanted a pair and this seemed like a good excuse as any to finally get them. I really love how they look and it was also my first time wearing fishnets out so I was feeling my full gothic fantasy.

On top of that, I also decided to put on a bold lip. I have never been one to wear weird colours of lipsticks but for Christmas my boyfriend got me a mini set of Jeffree Star liquid lipsticks and so I had to use them. I chose the blue one in the colour, blue velvet.

The place we went to that night were also doing face paint so naturally, we had to get some and I really loved how the girl matched mine to my lipstick. So also enjoy a few glam makeup pics. 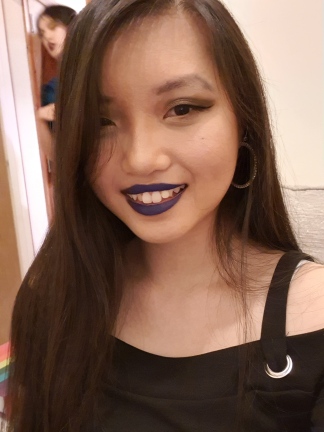 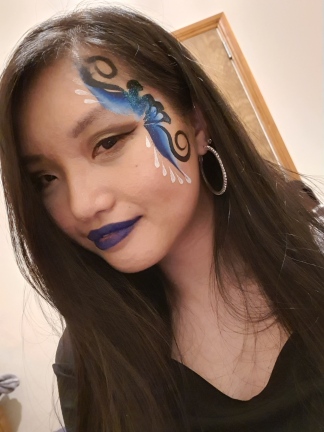 I don’t wear makeup that often but I always enjoy when I get to wear it out, so expect to see some more makeup looks in the future (hopefully). 🙂

Recently I have been watching some beauty gurus on YouTube and it has inspired me to be a little more creative with my makeup. Normally when I go out I stick to a neutral or smokey eye but after watching these YouTubers create some wild and glamorous looks I thought I would also give it a shot.

Luckily for me, I had the perfect excuse for going a bit OTT with the makeup: PRIDE!

This past week has been pride week and during the week I had some drag queen shows to go to, which meant I had three different opportunities to create three different looks.

I love going to drag queen shows because everyone dresses up for them and everyone looks fabulous. And it’s the kind of thing you go to where everyone accepts you and is loving and openminded. It’s great.

So following the theme of drag shows and being fabulous here are the three looks that I created during pride! 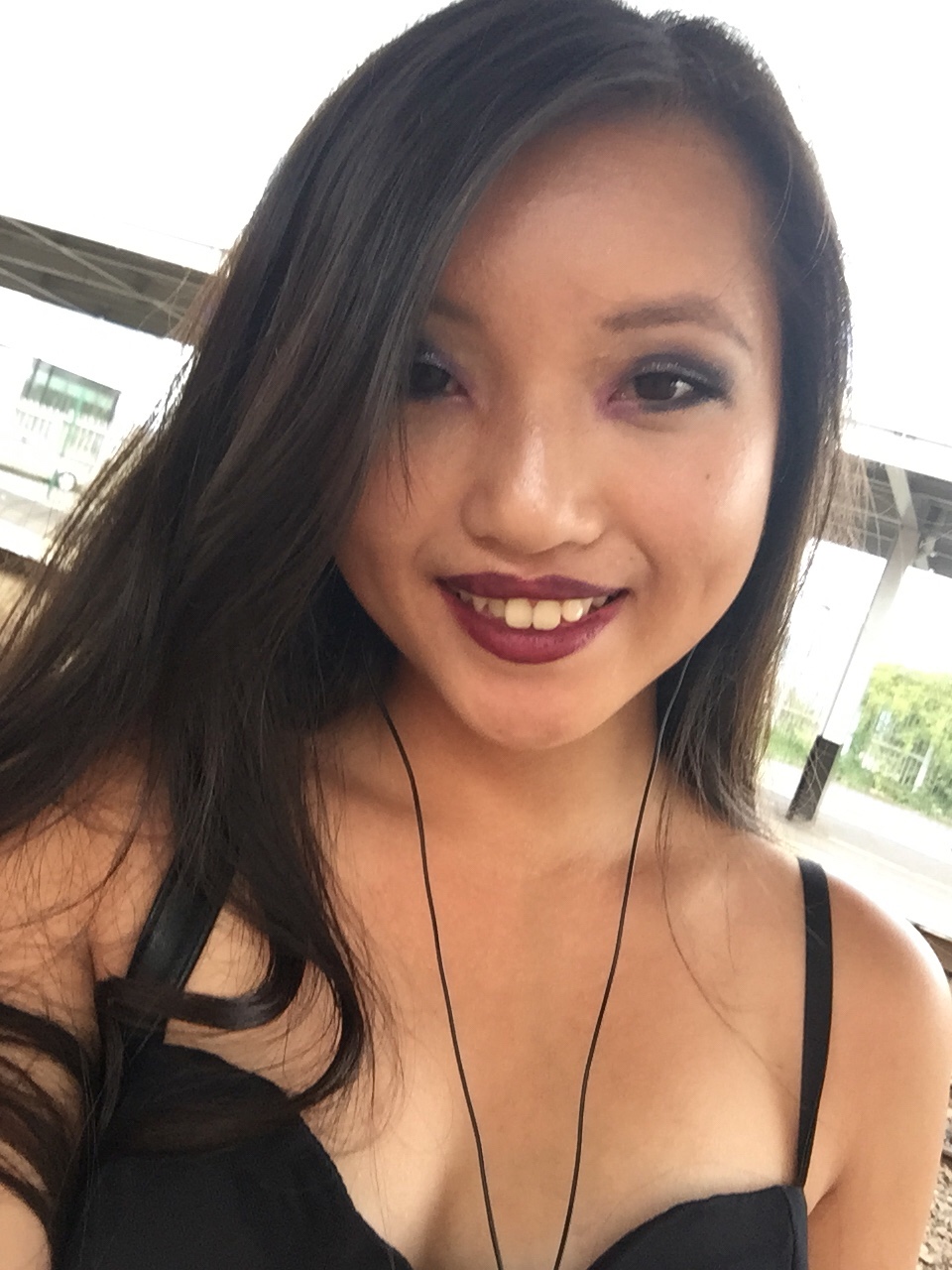 The first look is something I have actually done before. It’s a dark gothic kind of look which was perfect for the first show I was going to, as I was going to be meeting Queen of Halloween Sharon Needles. The first time I created this look was back in February and I loved it. It’s something I’m not used to because it is so dark and normally having super dark eyes would scare me, but the blending out of eyeshadow really helps.

As for the lip colour, it was risky because I never do coloured lipstick either, but once I tried it for the first time I fell in love.

So overall a really successful look. And I actually have a YouTube video where I show you how it’s created so if you want to check it out the link is here. 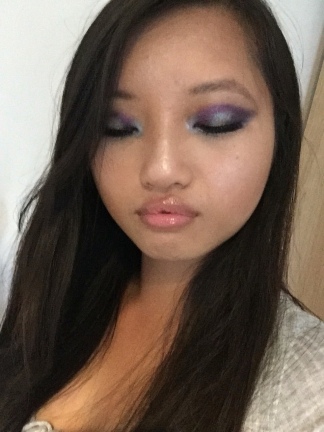 The second show I was going to was Courtney Act and I wanted a fun makeup look for this one, so I decided to try recreating a NikkieTutorials makeup look.

This one was kind of scary at first because I had never done my makeup like this before or mixed bold colours together but I was really happy with the way that it turned out. I don’t know if I would ever wear another look like this out again but it was really fun.

If you guys want to know about how the process of this one went, it too is documented on my YouTube channel.

And finally, we have my most favourite look out of the three and that is my pride makeup! This is the makeup I wore during the pride parade and also to see Bianca Del Rio.

This makeup look was inspired by James Charles’s Coachella Makeup look and I was obsessed with how it turned out.

My main concerns about this makeup look were the colours not looking pigmented enough, and the eyeliner/glitter situation going horribly wrong. I normally don’t ever wing my eyeliner for a good reason, but I’m so proud of how even I got the wings looking. I was also glad that I managed to get the glitter on my eyes without getting it all over my bedroom floor.

I’m really glad the whole thing turned out well though and I had so much fun at pride. And once more of course, if you wanna know what pride was like I have a video for that too. 😛

Those were all my makeup looks for pride! I had so much fun creating them and also had an amazing time at all of the shows that I went to!

I hope to play around with makeup more in the future to see what else I can create. It’s not as scary as I thought it was, and if it doesn’t work out then at least you have makeup wipes to erase and start again!

But for right now, I feel like the best thing to do is let my skin rest after using so much makeup the past few days.

Let me know which makeup look is your favourite in the comments below!